The Iowa speech we're all going to miss:

"I don't understand farm subsidies but I'm going to pretend I do blah blah blah my inauguration crowds were bigger than the entire population of the United States blah blah blah no president in the history of the galaxy has been treated worse than I have blah blah blah beautiful babies and chocolate cake blah blah blah I just got back from Europe where I counted all the way to G7 blah blah blah next question, as long as it's about MEEEEEEEEE. Oh, and blah blah blah." 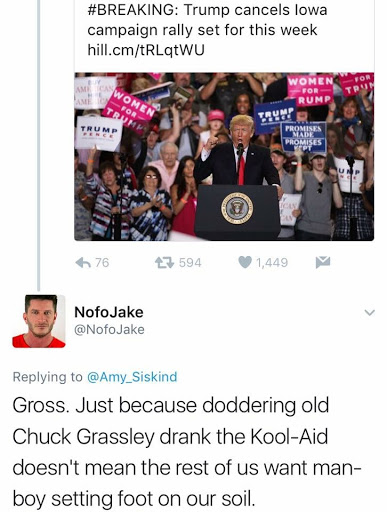