Not the humanity, but the ECONOMY. She's just as clumsy at tweeting blatant, opportunistic lies as her father -- though she's at least honest about her invested interest in the taxes we pay. I'd be offended by her cultural appropriation of the word pride in this context but only the most cretinist self-loathing gays will shout hooray to her bullshit so we'll know which ones to put on the icebergs that are crashing violently off the Antarctic ice shelf. 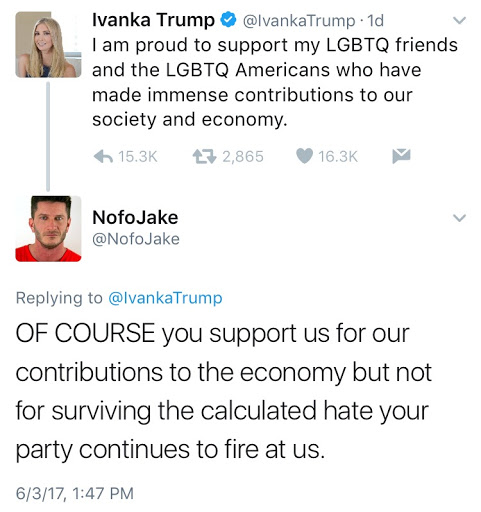