There are legitimate, across-the-aisle-respected economic theories and models and ideologies that shape the modern Republican party -- well, not the clown slaughterhouse of the party's current assault on rational logic and human decency but on the modern party in general -- that can easily be generalized enough to be explained to and understood by an 8-year-old ... not to mention the entirety of Twitter.

Then there are the staggeringly ignorant, lazily belligerent, contemptuously grotesque oversimplifications of Republican economic agendas that permanently disqualify you from every conversation on every topic ever even if you whisper them only to a dead elephant.

Grover Norquist -- a Harvard Business School MBA who founded something he calls Americans for Tax Reform -- is apparently that dumb. 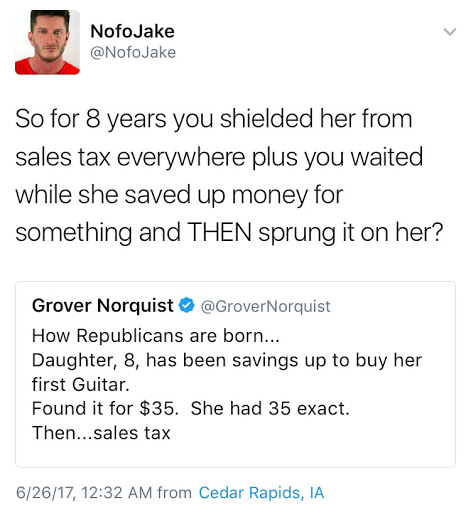