It would be irresponsible and reckless of me to have picked a new bank when I moved back to Cedar Rapids based on its aesthetics -- as a random example, the former Merchants National Bank, which was built in 1926 in a neo-classical style with a tripartite exterior that allowed for a gilded three-story atrium, though none of that has any influence on which financial institution I trust to hold and protect my entire life savings -- but JUST LOOK AT THIS LOBBY. 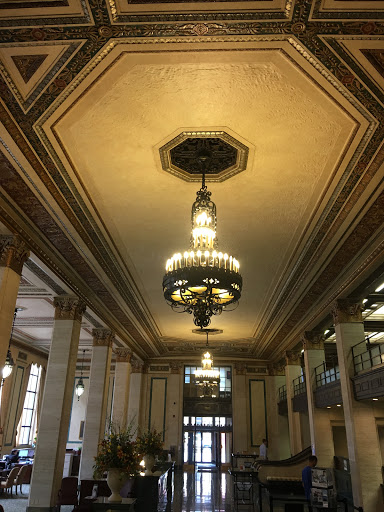