God, I hope you get these 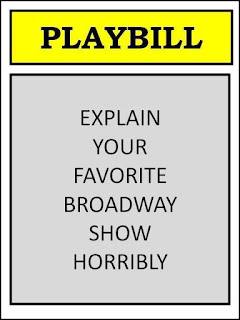 Bendy people try to stand out so they can dance like clones.

The way you do your hair is a metaphor for the idea that it doesn't matter what you look like.

A group of women with 50 years of age differences who've never worked together and who've probably never even met somehow simultaneously remember the choreography and staging to a generations-old song. Oh, and something about a coffee cup.

All the neighbors' cats disappeared so ...

Mom makes too many sandwiches and moves out.

Cats with stupid names pretty much do nothing.

Pray for a tech malfunction if you want to see some dicks at the end.

Six boobs and a garage-door opener.

Tons and tons of plotlines about French people--half of whom are poor and uneducated--who for some reason all sing in perfect English.

Drag queens overcome adversity and teach everyone a valuable lesson about discrimination and tolerance.