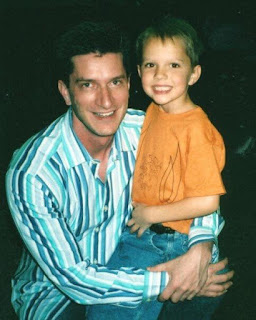 Twenty—HOW IS IT ALREADY TWENTY?—years ago today I sat alone in my dining room with my phone pressed tight to my ear for my first listen to the cooing, contented breaths of my newborn nephew as he lay warm and pink and loved on my sister's chest two massive states away. I was an uncle. And I was instantly hooked. My little nephew and I (and later his precious little sister) have spent the majority of the last 20 years living in separate cities, but the time we've spent together through those years has been a steady progression of googly sounds, tosses in the air, impressively hearty belly laughs, long walks playing 1-2-3 Whee!, enough firemen toys and clothes to outfit a three-county volunteer brigade, underpants jokes, heroic efforts to make Apples to Apples card pairings inappropriate enough to elicit more of the aforementioned belly laughs, faithful monthly 529 payments, Mickey Mouse waffles, random uncle ‘n’ nephew meals at Village Inn, morally corrupting meals at Ed Debevic's and Dick's Last Resort, baseball games, show-choir concerts, hand-me-downs, and now a mature adult friendship that has come full-circle to the extent that we pretty much spend all our texting time exchanging the grownup equivalent of underpants jokes. He and I are currently in that brodude phase where we rarely exchange hugs and I'd somehow feel weird telling him to his face that I love him. But I love him. And this close, personal social-media post counts as one giant lean-in-don't-touch-and-pat-pat-pat bro hug. My once eternally jovial, read-to-me lap-sitting boy has grown up, successfully navigated his awkward years, and emerged as a well-informed scholar, a golden-armed pitcher, a freakishly tall monster and—as you can see in this last pic—a dangerous lady killer who somehow thinks fly fishing in the dark is fun. He's a great kid with a kind heart and a confident gait and a wicked curve ball and he's all grown up and gonna take on the world. By all accounts he’s thriving in his sophomore year in college—he just returned bursting with stories from a fascinating J-term in Indonesia—and we all delight in his texts that are a mix of proud academic accomplishments, insightful political commentary, excited details about the baseball games he’s pitched or pretty much anything else about his favorite sports teams, the occasional reports about his life in college ... and the occasional silences that tell us he’s off finding his way in—and making the most of—his life in college. And we all hope he comes back often for some more belly laughs and underpants jokes. 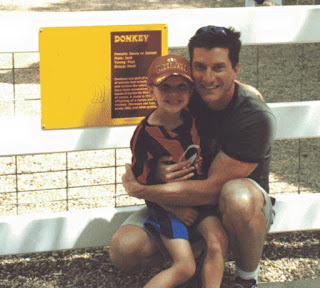 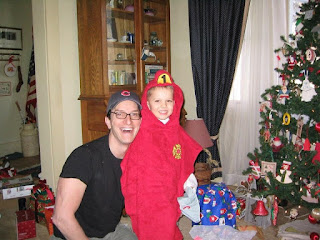 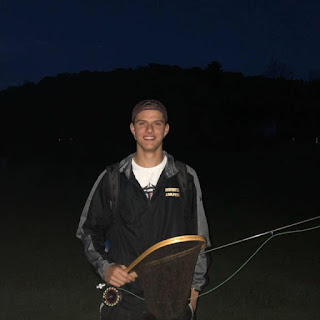