I’m in my start corral! 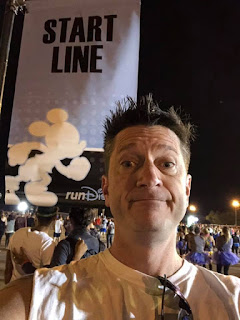 We provide our estimated finishing times when we register for the race, which groups us with similar-paced runners into lettered starting corrals. The corrals for this race are lettered A through H for Afastest to Hslowest. I’m F for Fnoteveninthetophalf: 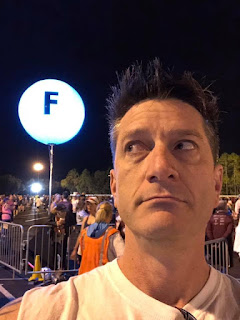 I haven’t heard a total runner number, but the group in front of me just in my starting corral is ENORMOUS: 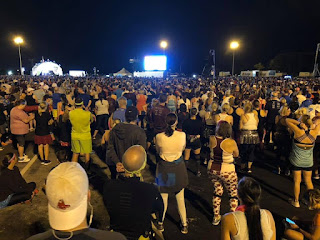 Cool surprise: Jeff Galloway is on the stage chatting with the pre-race announcers as I type this. His Galloway Training Method propelled me through all four AIDS Marathons I ran in Chicago. And they introduced him by saying he’s run all 25 Disney marathons. Plus they just introduced some people who’ve run 100+ Disney races. The vibe here is SO COOL.

Except ... it just started raining. We have our work cut out for us.

Email ThisBlogThis!Share to TwitterShare to FacebookShare to Pinterest
Labels: celebrities, Disney, fireworks, half marathons, How to Turn 50, marathons, running, selfies, Summer Of Running Away From Being 50, things in italics, training