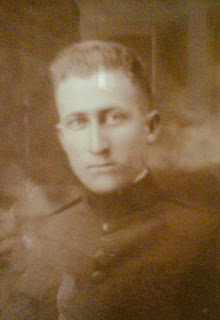 My grandpa Lawrence Arthur—who joined my grandpa Arthur LeRoy to be the inspiration for my middle name—served in World War I with his three brothers Ole, Gustav and Robert. They build bridges in Russia, built hospitals in France and served stateside when the war ended. 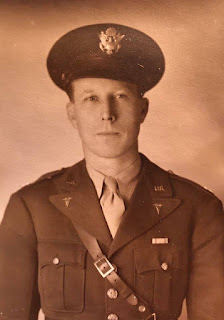 Grandpa Arthur LeRoy was a veterinarian during World War II who was promoted to battlefield surgeon on the front lines in the Philippines and Okinawa. 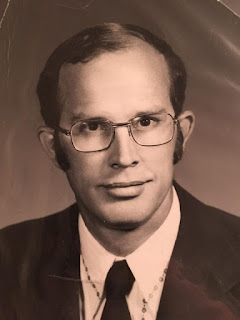 My dad was in the Army at the very early days of the Vietnam War, serving in Thailand and the Philippines triangulating radio signals to find their broadcast locations. I unfortunately can’t find a photo of him in uniform.

11:00 today—the eleventh hour of the eleventh day of the eleventh month—marks the 100th anniversary of the end of World War I, when the Allies signed the armistice with Germany, and the United States 11th Field Artillery Regiment fired the symbolic closing shot of the war.

I can't even begin to describe how much respect and appreciation I have for my veteran forebears, along with all of our country’s active duty and veteran military personnel. Past and present, they live vastly different lives when they're worlds away from us and once they return and live among us as well. The anguish they feel when they're waiting to be deployed. The abject terror they live with every day when they're on the front lines. The thought that the friendships they build can be ripped from them in one explosion, one hail of gunfire, one sunken ship, one innocent step on a land mine. The survivor's guilt when they return home but their friends and comrades-in-arms don't. But all their work, their sacrifices, their days of boredom and nights of fear continue to keep all of us back home safe from what they lived and continue to live with for months and years at a time.

I'm humbled by their selfless sacrifices and their service. I'm proud to have so many veteran relatives and friends to be proud of. And in awe of. And thankful for.