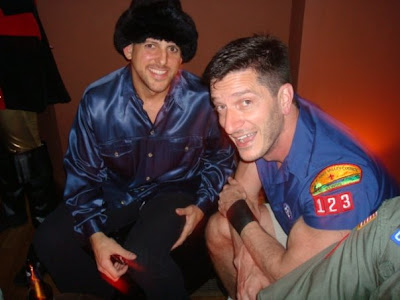 There were lots of pictures taken of me in my $3 low-effort Halloween costume, but only one was taken by a person I actually know. So I have only one picture to share. But I'm hoping the other pictures end up on Facebook and I somehow get tagged in them and can steal them to post here. Stay tuned!
Posted by Jake at 10:30 PM