Things I learned today in Manhattan: 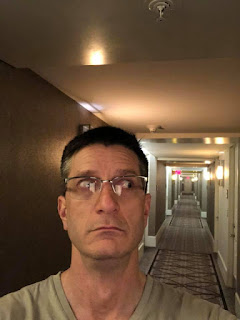 • A ten-minute pedi-cab ride COSTS SEVENTY DOLLARS. That’s not a typo, and since the rates were carefully hidden up-front, there wasn’t a tip-o.
• It’s perfectly fine to look at the headshots in a Broadway program and then read the bios in the order of who’s cutest. Just as long as you don’t broadcast that you’re doing it on social media.
• It is all but impossible to walk a block in Manhattan without passing through a cloud of marijuana smoke.
• Also, Manhattan is so crowded that even if you’re completely certain that you’ve found a secluded spot in, say, a corner of a theater lobby to, say, quietly relieve yourself of a little gas, you’ll notice as soon as you’re done that someone had also ducked into that same corner to squat down behind you to tie his shoe.
• If you’re afraid to stop and crane your neck and look like a tourist, you’ll miss a lot of breathtaking architecture.
• We’re back in a golden age of Broadway belters who don’t need microphones to overpower an orchestra and throw you against the back wall on the money notes.
• Our hotel hallway is missing a set of gingham-clad twins asking Danny to come play with them.
• Seriously: I GOT SCAMMED INTO PAYING SEVENTY DOLLARS TODAY FOR A TEN-MINUTE PEDI-CAB RIDE.

ADDENDUM:
• There is nothing more valuable in life than a friend who understands you AND understands how to use Photoshop. 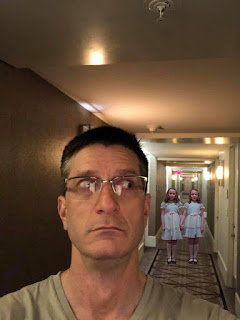